Mark the one year anniversary of the Taliban taking over in Afghanistan. 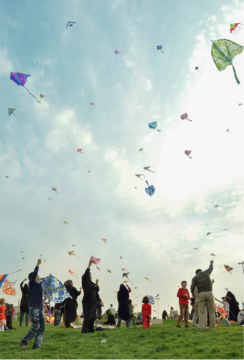 On Saturday 20th August 2022, to mark one-year since the fall of Afghanistan to the Taliban, Hay, Brecon and Talgarth Sanctuary for Refugees will host a kite-making workshop at Hay Castle from 10a.m to 3p.m. with Afghan food and music.

This workshop is part of a nation-wide initiative Fly With Me, an immersive, multi-city kite flying festival presented by Afghan artists, actors and sportspeople by Good Chance Theatre(creators of The Jungle and The Walk with Amal).

Spread across 16 locations in the UK and Europe, Fly With Mecelebrates the ancient Afghan craft of kite-flying in an aerial act of solidarity with the people of Afghanistan. The artform, alongside music, theatre and dance, were previously banned by the Taliban during their occupation of the country.

Afghanistan is experiencing one of the most devastating humanitarian crises in the world. More than 23 million people – over half the population – face acute hunger according to the UNICEF World Food Program. Of the 16,000 Afghan refugees evacuated by the UK last year, 12,000 remain housed in unsuitable temporary accommodation, unable to cook for themselves, or integrate into the local community.

As the UK shifts its focus elsewhere, the Home Office has slashed the number of Afghan refugees allowed into the UK and the Afghan Resettlement Scheme has stalled. In the midst of dwindling public awareness, Fly With Me invites people from all backgrounds, regardless of race, nationality or religious beliefs, to come together and fly a kite – sending a message to the world to ‘Remember Afghanistan’ and treat Afghan refugees with the same respect and open heartedness shown to refugees from Ukraine.

16 cities and towns across the UK and Europe will take part in the Fly With Me kite flying festival, including Brighton, Bradford, Dover, Folkestone, Glasgow, Hay-on-Wye, Liverpool, London, Manchester, Northamptonshire, Scunthorpe, Sheffield and in the UK, and Berlin, Pas-de-Calais, Paris, Copenhagen and Barcelona in Europe. Many UK festivals including Manchester International Festival andShambala will be taking part, and the Fly With Me organisers are calling for more towns, cities, festivals and communities to get involved.

The cultural significance of kites and Afghanistan’s complex history will form part of the festival’s storytelling, alongside music, poetry and dance from Afghan artists and other community groups.

HBTSR are also trying to 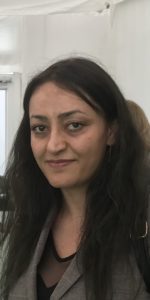 highlight the need for family visas for our friend Sweeta who came from Afghanistan 4 years ago when she was forced to seek asylum and has since been  trying to be reunited with her children, mother and sisters

ABOUT THE CRISIS IN AFGHANISTAN

By mid-2022, the UN Development Program estimates that 97% of Afghanistan’s population will ‘plunge’ into poverty. The economy is in crisis; foreign aid has been withdrawn, salaries cannot be paid, there is an acute lack of access to medical supplies and livelihood opportunities. The rights of women and girls in particular are being eroded every day – with restrictions on accessing education and employment and, according to official decrees issued by the IEA since last August, women must now cover their faces in public and should be accompanied by a male relative at all times outside the home.

Afghanistan’s capital city, Kabul, was captured by the Taliban on 15 August 2021. In the aftermath of the invasion, amidst a huge show of compassion from the British public, the UK government evacuated over 16,000 people from the country, many of whomworked for the UK in Afghanistan, and committed to resettling a further 5,000 in the following year.

12 months later, the UK government’s response to the crisis has drastically changed; the Home Office has slashed the number of Afghan refugees allowed into the UK, the Afghan Resettlement Scheme has stalled, and over 12,000 of the Afghan refugees evacuated last August remain housed in unsuitable temporary accommodation, unable to cook for themselves or connect with people in the local community.

Without legal routes available, or a ‘Homes For Afghans’ scheme much like the Ukrainian alternative, the highest proportion of asylum seekers now arriving on small boats to the UK are from Afghanistan. Instead of their claim for asylum being treated equally and fairly, they could now face a one-way deportation flight to Rwanda, pending rulings on legal challenges expected in July.

A CALL TO ACTION: Currently, public and government attention is rightly being given to Ukraine and support is being provided to Ukrainian refugees. HBTSR and Fly With Me are calling for this same support and welcome to be extended to all people seeking asylum in the UK, as well as for those still facing unprecedented hardship within Afghanistan. We believe, like most people in the UK, that whatever your background or postcode, religion or race, we all deserve to live peacefully and free from harm.

The top four things people can do to help Afghan refugees:

– Sign the pledge to fight the anti-refugee laws if you agree that all people seeking safety should be treated equally and fairly, whatever their background or postcode, religion or race.
– Donate to Hay, Brecon and Talgarth Sanctuary for Refugees: https://hbtsr.cityofsanctuary.org/how-can-i-help/donations
– Donate to Fly With Me’s lead humanitarian partner, Afghanaid. Their ‘By Her Side’ campaign is raising funds tosupport women livestock owners in remote rural Afghanistan, as well as supporting families to rebuild and recover their lives:

– Write to your MP to call for equal treatment for all people seeking asylum in the UK.