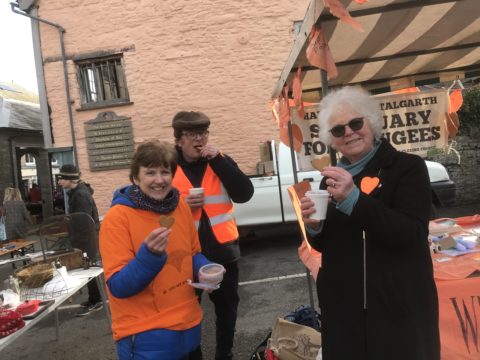 As part of our ongoing collaboration with ‘Together with Refugees’ , Claire, Chris, Jane, Lis and Ailsa set up a stall in Hay-on-Wye  Market on 10th February. The aim was to ensure that people visiting the market were aware of the Nationality and Borders Bill and to share details. Emily and John kindly let us have a pitch  near the popular fruit and veg stall as a base for our papers and display. 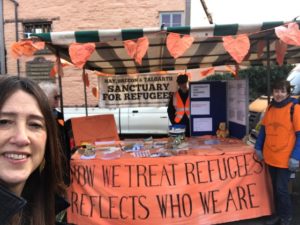 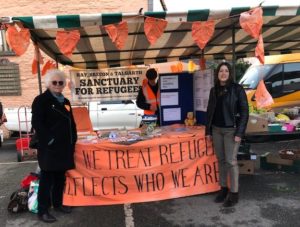 We asked ‘why should we all be worried about this Bill? ‘ and shared with  people some of the main concerns that we have. We found everyone who visited was keen to sign our request to our Mp to reconsider her support for the bill.

We also were given £217 in donations with many people thanking us for drawing their attention to the bill.

Finally, we can do  no better than quote  Ex Prime Minister Sir John Major who today said in a speech in London

‘Here in the UK, the government wishes to remove British citizenship from dual nationals, without any notice or right of appeal. It proposes serious action against criminal gangs that traffic migrants – and rightly so. But it also proposes to criminalise the migrants themselves.
We should search our souls before doing this.
Can it really be a crime to be frightened, homeless, desperate, destitute, fleeing from persecution or war or famine or hardship – and to cross half the world on foot and dangerous waters in an unsafe boat in the hope of finding a better life?
Of course, if the numbers are too large, this creates an appalling problem for local communities. But surely, to seek sanctuary from an unbearable life cannot – morally – be treated as a crime.
Yet the government’s borders bill proposes to punish asylum seekers who take an unsanctioned route with a jail sentence of up to four years. These proposals are not natural justice, and are decidedly un-British. I hope the government will reconsider.” 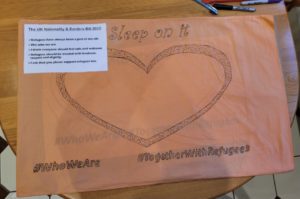 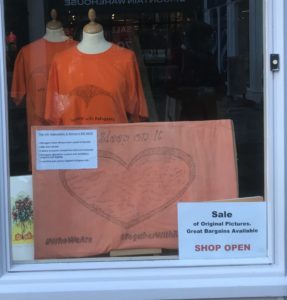