Christmas giving by four local schools and a Parish 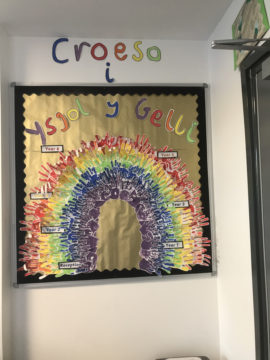 The true spirit of Christmas was displayed this week when schoolchildren generously donated Christmas presents for refugee children currently living in Swansea. The four schools involved were Ysgol Pontffranc / Franksbridge School, Llangynidr Primary School , Llangors Church in Wales School ,and Hay on Wye County Primary School. Together, children attending these schools donated over 290 children’s presents which were assembled into boxes according to age and gender by members of the Hay, Brecon and Talgarth Sanctuary for Refugees group[ HBTSR] . Adil Gatrad [himself a refugee in the past ] and Lawrence Duffy delivered these gifts for the local support groups in Swansea  { Swansea Asylum Seekers support and Women’s Group ] to distribute to the children seeking sanctuary there. 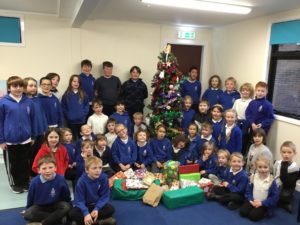 Franksbridge School- a small school with a massive heart- over 30 presents from 36 pupils! 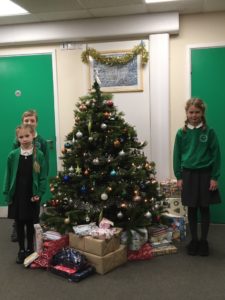 pupils at Llangynidr School with gifts 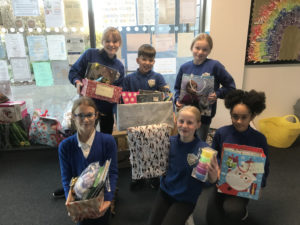 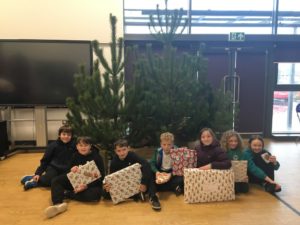 Some pupils at Llangorse school helping to sort presents

Also , many gifts of food and 15 special Family Christmas food and treat bags from the Llyn Safaddan group of churches that had been gathered together over several weeks were delivered to members of the Swansea Women’s asylum seeking group.

Furthermore, an additional 125 gifts for adults and children donated by HBTSR members or handmade by Knitters in Llangynidr and St Michael’s  Church Brecon  , wrapped by Erica McCarthy, Carola Tipton and Sue Richards were also taken to Swansea Unity in Diversity group  by Tim Butler and Val Fraser . Three very full car trips to a number of different parts of Swansea in order to help Santa to ensure that no one was forgotten. 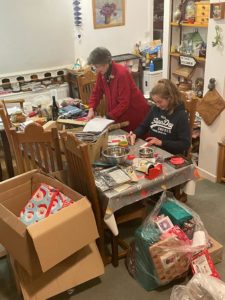 Ailsa and Niamh wrapping and labelling 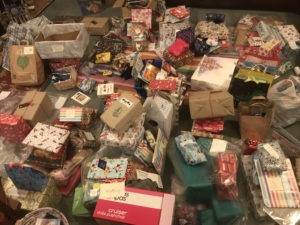 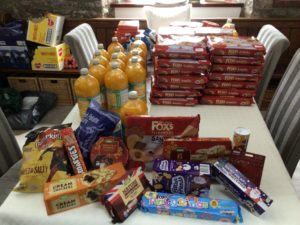 Rev Margaret Blake , Chair of HBTSR, commented, “We are absolutely thrilled with the response from all the children and adults involved in this appeal. The Christmas story tells us that Mary and Joseph were themselves homeless and became refugees shortly after the birth of their son. That makes it even more heartwarming that there has been such a wonderful response from the people of this area at this time of year for people seeking refuge. In all over 500 presents, toys, gifts and food items will be shared amongst the men, women and children in Swansea who are facing such a difficult, traumatic time and living in poverty. This year has been very hard for many people which makes it especially good to see that the spirit of Christmas is alive and well in this area. We thank all those involved from the bottom of our hearts.” 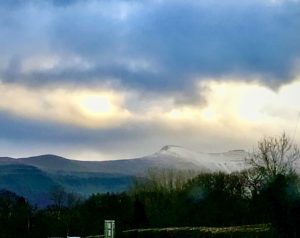 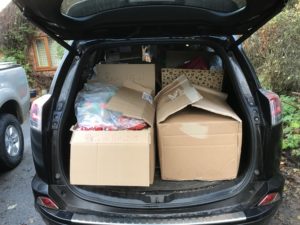 The car doesn’t look quite as full as it felt! 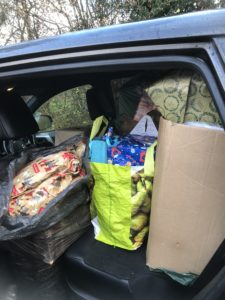 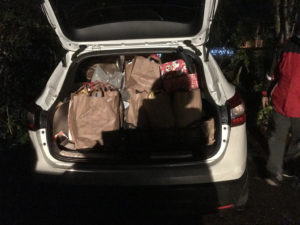 Adil’s car being packed ready for an early start! 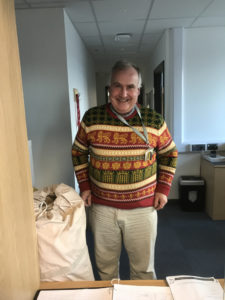