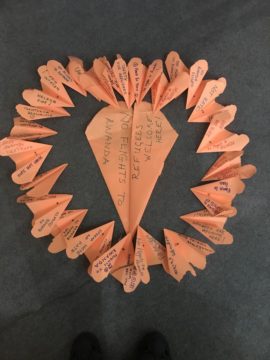 Refugees abandon their homes to escape war and persecution. They have to seek safety elsewhere. The right to do so, set out in the 1951 Refugee Convention, has protected millions worldwide for decades.

In April 2022 the Nationality and Borders Bill passed in Parliament, turning the ‘anti-refugee’ bill into the ‘anti-refugee’ laws. The Government chose to punish refugees rather than protect them. It’s a tragedy that must be put right. Unless we fight back, Britain’s days as a kind, compassionate country could be over.

When the anti-refugee laws are repealed it won’t be a second too soon, but it will be too late for many of the lives ruined by this legislation. The Government’s ugly plan to deport people to Rwanda is the start of the #AntiRefugeeLaws that seek only to punish those who need protection.
We believe that people seeking protection from war and persecution should be welcomed and that everyone’s claim for asylum should be treated equally and fairly. 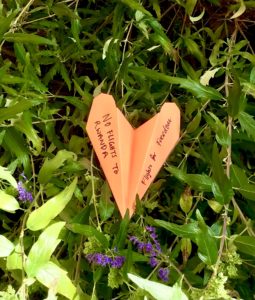 Stop the Rwanda Flights
A few months ago, people power and some smart legal work, stopped a plane that was to take refugees to Rwanda. But the fight is not over.
The Rwanda scheme will see people who came to the UK hoping to find safety, instead forcefully removed to a country they have no connection to, thousands of miles away, with no way back – simply because of how they came to the UK and not their need for protection. It will tear families apart, destroy lives and undermine the Refugee Convention.
Legal challenges
It is essential that this government is held to account. Care4Calais and Detention Action, along with the Public and Commercial Services Union (PCS) who represent staff tasked with carrying out the deportations, are challenging this shameful deal in the courts. Asylum Aid also launched a legal challenge against the scheme on procedural fairness and access to justice grounds.
Wider campaign pressure is also being mounted by Together with Refugees coalition members through various strands of action to beat this horrific plan.

Here’s what local groups can do:
1 Call on your MP to take a stand. Remember that they work for you. It takes less than two minutes to email your MP. https://www.biduk.org/articles/ask-your-mp-to-take-a-stand-against-deporting-refugees-to-rwanda
2 Tell the airlines: “Don’t remove people to Rwanda”. For this cruel plan to work, they need planes to fly people – and airlines can choose whether to play a part. Follow Freedom from Torture and write to Airlines.  https://secure.freedomfromtorture.org/page/107146/action/1
3 Join other events to highlight your concerns about this policy between 23rd September and 11th November.

NB the information above was taken from the Together with Refugees website.

On 23rd September a group met at Y Gaer to join in the Together with Refugees coalition campaign to #FillTheSkiesWithHope.  We signed a letter to Fay Jones, Took some photos and Tweeted and put photos on Facebook. We walked to the Conservative offices in Lion Street and posted some planes . 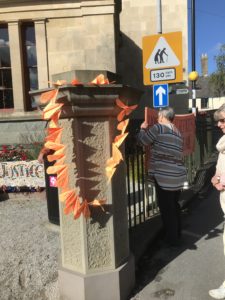 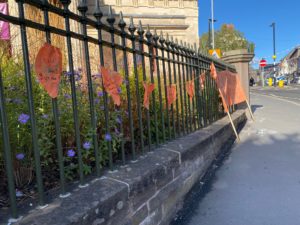 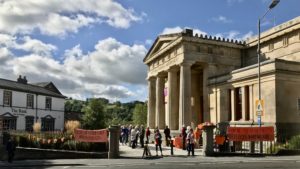 getting ready to fly the planes 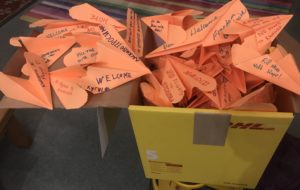 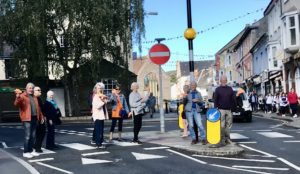 on our way to deliver some planes 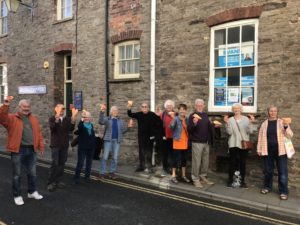 IMG_6405 see the planes being delivered

and we sent  the following letter

These Paper planes were made and flown by supporters of Hay Brecon and Talgarth Sanctuary for Refugees at Y Gaer on 23rd September to #FilltheSkieswithHope and call for an end to the Government’s scheme to send refugees to Rwanda, or countries like it .

Many Ukrainians joined us at Penpont on Sunday to help make planes to show their support for kinder policies for people seeking asylum.

As our MP, we ask you to ensure our message of opposition and our call for a more compassionate approach to people forced to flee wars, persecution or violence reaches the Prime Minister, and that you represent our views, the view of your constituents, in Parliament.

and also signed by an additional 24 people :- We the undersigned want you to represent our views about the idea of sending people seeking asylum to Rwanda. We are appalled by the idea that we outsource this responsibility. Seeking Asylum is a Human Right and our country should show compassion and kindness to people forced to flee their homes.