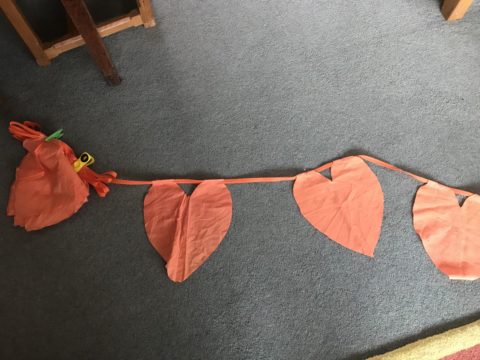 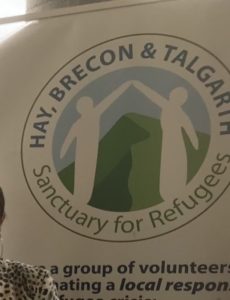 Dear Fay,
We are very sorry to learn that you are currently unwell and unable to meet with us tomorrow (15 th Oct.) We wish you a speedy recovery and hope that you will soon be able to resume your Parliamentary duties. As we, the Hay, Brecon and Talgarth Sanctuary for Refugees group, were unable to meet with you this week, we are sending you this letter to express our deep concern over the Nationality and Borders Bill, currently passing through Parliament; we hope that you will be able to give it priority when you are feeling better.

Hopefully, we will all be able to reschedule our meeting; at that time, we would love to present you with the gift of a book: “The Boy with Two Hearts”. The book has been very well received and is currently the basis of a play at the Wales Millennium centre. It tells the story of a family from Afghanistan and the trials and terrors that they had to face as they fled the Taliban, and of their efforts to reach sanctuary in the United Kingdom. It puts a very human ‘face’ on what so many see as ‘a problem’.
Under the proposed new legislation, because of their means of arrival, this family would be deemed ‘illegal’ and dealt with harshly by our government. That seems ironic when we consider the groundswell of public opinion currently in favour of granting refugee status to people fleeing Afghanistan and elsewhere.

We are aware that we have shared our concerns with you before, but we believe that now is the moment, as this legislation passes through the Committee stage in the House of Commons, to contact you once more. The Home Office has frequently claimed that Britain has a ‘long tradition of helping refugees.’ Sadly, as it currently stands, the Nationality and Borders Bill will put an end to all of that by: –

* Creating a two-tier system; adjudicating claims based not on need (where and what they have fled) but on the means of arrival. As we know, people do not usually have time to obtain visas, book tickets etc when they have to flee life threatening situations. As a result, an estimated 9,000 to 21,600 people a year that the UK currently accepts as refugees would be turned away in future.

* Expelling people without even hearing their case for asylum, no matter how valid their claim; deporting them to another country, even though the UK currently has no formal Agreements in place to facilitate this. Or, alternatively, the new law would mean the government could grant such people a new limited status to be in the UK, with fewer rights to reunite with their family or obtain support to live on. They would be kept in limbo with the constant threat of being expelled from the country. We know from talking to many friends how difficult and stressful this uncertainty is and how it can make it very hard to find employment as employers are not usually keen upon a short term workforce. The toll on their mental health would be devastating.

*Criminalising people helping those seeking asylum to reach the UK – not just people smugglers, but refugees themselves or others providing help, such as those rescuing people at risk of drowning such as the RNLI. We believe that rather than spending money on patrolling our borders, it would be wiser to spend that money on processing people’s claims in the countries they are in and then providing those who are eligible with safe passage.

*Enabling the deportation of people seeking asylum to ‘off-shore’ countries, where they have no connection and before their claim for asylum has been given a fair hearing in the UK. This would be similar to the controversial, expensive and failed approach used by Australia. While the agreements or infrastructure are not in place to put this into practice now, the powers in the Bill would enable such moves in the future.

*Placing people seeking asylum in out-of-town institutions, rather than housing them in the community where they can get practical help, start to rebuild their lives and integrate into the UK. This despite all the recent experience of putting people in such segregated institutions by using disused army barracks: a practice which was condemned by the High Court.

*Failing to set any clear target for resettling refugees in the UK through resettlement
programmes. This is despite the declared support for ‘legal’ routes, which are then used to justify proposals to block refugees coming to the UK via ‘informal’ routes.

Consequently, as individuals and as a group, we abhor all of these potential consequences of the Nationality and Borders Bill. We therefore urge her Majesty’s Government to offer a much more positive Bill, recognising the economic and cultural benefits that asylum seekers, and other migrants, bring to our society.
Indeed, we need to remember that Britain has been built on the input of those arriving from beyond our shores.

So far in this letter, we have only looked at the deficiencies in this Bill: now we turn to how the asylum system could be improved. We would offer our full support to a system that: –

*Provides a clear target to resettle at least 10,000 refugees a year through internationally agreed programmes and the provision of more safe routes for people to come to the UK to seek asylum, including through enabling refugees to be reunited with their families in safety in the UK .

*Stands up for people’s ability to seek safety in the UK no matter how they came here.

* Ensures people can live in dignity while they wait to hear a decision on whether they will be granted protection as a refugee.
*Grants the right to work whilst awaiting the result of the asylum claim which would assist integration, improve English language and mental well-being. This would also save the Treasury over £41Million. ** [ An editorial in the Times last weekend notes ‘It beggars belief that we have a potential workforce of willing workers in our asylum system standing on the sidelines, forced to watch as the potential for a post-Covid bounce ricochets out of reach.”]

* Empowers refugees to rebuild their lives, and contribute to their communities

* Means the UK works with other countries to do our bit to help people who are forced to flee their homes.

HBTSR is delighted that Powys has committed to welcoming 6 Afghan refugee households, following on from the success of its resettlement of more than 20 Syrian Families. Powys is also exploring the scope to become a dispersal area for asylum seeking people. HBTSR itself is actively discussing the best way for our area to be part of this initiative and is involved in discussions with the council.
We know from our own recent public initiatives that there is enormous support in Wales to welcome people seeking sanctuary.
We therefore respectfully urge you to reconsider your own approach to the Nationality and Borders Bill and also to pass our heartfelt concerns onto those involved with the close scrutiny of it at this Committee Stage.

And we hope that you will be felling better soon.

With every good wish,

PS
As you may know The Welsh Refugee Coalition are organising a Wales focussed meeting on 18th Oct from 1pm to 2.30pm. The event will be held on Zoom and is open to all MPs, MSs, other decision makers and interested organisations in Wales. At the event you will be able to hear directly from the people most impacted by the UK Government’s plans — those with direct experience of seeking protection in the UK.  You should already have had an invitation directly from the Coalition  and we hope that you are able to attend.
Here is a link if you need to book.

Dear Fay
I am writing to you as  one of our representatives about the UK Government’s Nationality and Borders Bill.
As constituents, we would like to ask you  to consider the real life impact of this Bill with people who know the asylum system best — those currently seeking protection in the UK. It seems crucial that the consideration of this Bill and debate around it is shaped by the evidence and experiences of people seeking safety and the communities that welcome them.
As  a group who see the reality of the UK’s asylum and migration system on the ground, we have significant concerns about the impact of these plans on people seeking sanctuary.  With Wales’ ambition to become a Nation of Sanctuary, we want there to be  a better approach to supporting refugees that is more effective, fair and humane. This means defending people’s right to seek safety no matter how they came here and ensuring they can live in dignity and work while they wait for a decision on their asylum application. It means empowering refugees to rebuild their lives and make valuable contributions to our communities. And it means Wales working with other countries to do our bit to help people who are forced to flee their homes.

All too often we witness vulnerable people left languishing in a hostile asylum system for years on end, unable to access justice, barred from working to support themselves, and prevented from rebuilding their lives and contributing to their communities.

We are concerned that the measures contained within the Bill will not succeed in addressing these deficiencies, and may undermine Wales’s long and proud
history of welcoming people seeking sanctuary.

The Welsh Refugee Coalition are organising a Wales focussed meeting on 18th Oct from 1pm to 2.30pm. The event will be held on Zoom and is open to all MPs, MSs, other decision makers and interested organisations in Wales. At the event you will be able to hear directly from the people most impacted by the UK Government’s plans — those with direct experience of seeking protection in the UK.  You should already have had an invitation directly from the Coalition  and we hope that you are able to attend.

Here is a link if you need to book.

HBTSR exists to show and promote support for people forced to seek sanctuary by offering time out to people in need, raising money to help other groups who assist and support and by asking for more humane policies for people seeking sanctuary.