Letter to Fay Jones about the Nationality and Borders Bill 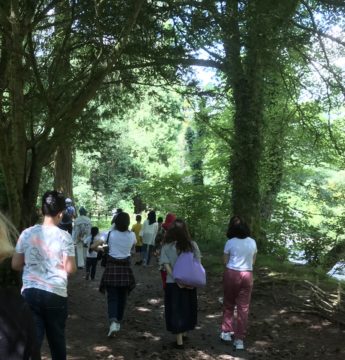 Re: The Nationality and Borders Bill

I am writing to you as Chair of Hay, Brecon and Talgarth Sanctuary for Refugees (HBTSR) group to express my concern about the UK Government’s Nationality and Borders Bill. As you well know, HBTSR has been working on behalf of people seeking sanctuary in Wales for the last five years. During that time, hundreds of your constituents have worked hard to provide a warm welcome in their communities for refugees and asylum seekers. Such encounters enrich many lives here in Wales as well as those receiving our hospitality.

I am shocked by the draconian nature of this Bill currently before Parliament. In seeking to deter criminal gangs (the people smugglers) this government is proposing to criminalise those who’s only ‘crime’ is to flee war and persecution. The current proposals are in direct contradiction of the UN Convention of Refugees and further diminishes the reputation of Great Britain as a law abiding and positive player on the global scene.

I believe this bill will have grave consequences for vulnerable people seeking sanctuary, creating a two-tier system based on the journeys people made to get here, rather than their need for protection. It will separate families and lead to more dangerous journeys in an attempt to reach safety. It will create ever longer backlogs and delays in the asylum process, establish unsafe and costly offshore accommodation and lead to greater poverty and homelessness. It is based on fantasy agreements with other countries that are unlikely to be secured, and flies in the face of international law and our responsibilities as a global nation.

I am therefore asking you to take a stand against this anti-refugee bill during its second reading in Parliament next week, and call for an alternative system that is kinder, fairer and more effective.

Supporting people seeking refuge has opened our eyes to the many deficiencies inherent in the asylum system. Our group members have personally witnessed the damaging effect on friends and acquaintances who have fallen foul of the hostile environment which is currently being exercised by this government. We have seen good people, with much to offer this country, made to suffer unnecessarily as the Home Office loses valuable paperwork, provides hostile interrogation systems, and ignores valuable, documented evidence that prove their legitimate need for asylum to be granted. All too often we witness vulnerable people left languishing in a hostile system for months and even years on end, unable to access justice, barred from working to support themselves, and prevented from rebuilding their lives and contributing to their communities.

The Bill could have introduced reforms that would address these deficiencies. Unfortunately, the proposals contained in the Bill will serve only to exacerbate existing problems, while stirring up public anger and fear against one of the most vulnerable groups in our society. This will undermine this nation’s long and proud history of welcoming people seeking sanctuary and threatens community cohesion, which is in no one’s interest.

The second reading of the Bill next week is an opportunity for you to take a stand for a better approach to supporting refugees that is more effective, fair and humane. This means defending people’s right to seek safety in the UK no matter how they came here and ensuring they can live in dignity while they wait for a decision on their asylum application. It means empowering refugees to rebuild their lives and make valuable contributions to our communities. And it means the UK working with other countries to do our bit to help people who are forced to flee their homes.

If you would like further information about any aspect of the Bill, or to discuss the impact of these reforms on your local constituency, please do not hesitate to get in touch. I realise that the time-table exclude the possibility of meeting up with you again to discuss this in more detail but excellent information on this topic can be found through the following websites:  Refugee Council, the Joint Council for the Welfare of Immigrants (JCWI),  Bail for Immigration Detainees (BID), and the Jesuit Refugee Service (JRS).

I really do hope you will, indeed, take a stand against this anti-refugee bill and look forward to hearing from you in due course.