Plea to Mp to help Afghanistan 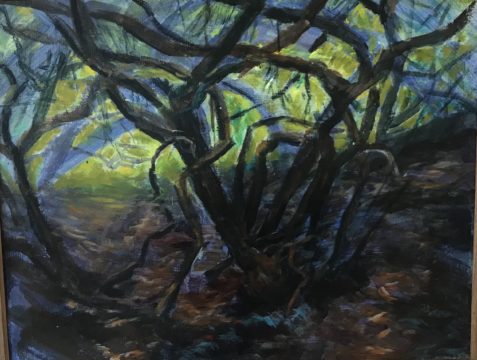 Sent 17/08/2021 by Emai.
Dear Fay,
I hope that you were having a good summer and are well . I and many of our group hope  that you will be in Parliament on Wednesday to help to work out how the UK should respond to the still developing crisis in Afghanistan.
It seems very hard to know what to do for the best but for us two things stand out as needing to be addressed.
The need to provide visas and safety for Afghan activists and interpreters and many others who have worked or helped UK troops over the years .
And the need to work with other governments to ensure the safety (possibly by providing asylum( to others at severe risk including women,and children.
I am sorry to disturb you during what should be a well deserved rest period.
All good wishes
Ailsa Dunn Secretary to HBTSR

and personally delivered with Booklet 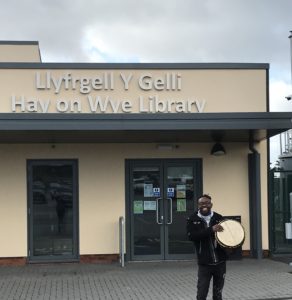 Please accept this book produced in Swansea and featuring two people well known to our group.
Otis was granted refugee status after several years of waiting that included a period of detention during which our group spearheaded a campaign seeking his release. He continues to work with a number of charities and to bring joy to many with his positive attitude to life.
Amber is co Chair of Swansea city of Sanctuary and waited over 8 years to be granted refugee status on the grounds of religious discrimination She was a midwife in Pakistan but is aware that her training and skills are so out of date that she cannot hope to return to this.

I’m also taking this opportunity to highlight our particular concerns with the Nationality and Borders Bill. We believe that these concerns are shared by many in our community .

1. The creation of two classes of refugees based not on why they came (what forced them
to flee their home) but on how they came (for example, if they were forced to come
by ‘irregular’ routes such as in lorries or boats).
As we know people don’t usually have time to obtain visas, book tickets etc when they have to flee life threatening situations.
This could mean an estimated 9,000 to 21,600 people a year that the UK currently accepts as refugees would be turned away in future.
Under the new law, it seems that people’s claims for asylum might not be heard (no matter how valid their case) and they would be expelled to another country – even though the UK has no current agreements with other nations to do this.
Or, if unable to do this, the new law would mean the government could grant such people a new limited status to be in the UK, with fewer rights to reunite with their family or obtain support to live on. They would be kept in limbo with the constant threat of being expelled from the country. We know from talking to many friends how difficult and stressful this uncertainty is and how it can make it very hard to find employment as employers are not always keen upon a short term workforce.
The new law could also criminalise those helping people seeking asylum reach the UK – not just people smugglers, but refugees themselves or others providing help, such as those rescuing people at risk of drowning such as the RNLI. .
It is said that the Bill will ‘fix the broken asylum system’. Instead it is likely that it will worsen problems such as the large, growing backlog of people awaiting a decision on being accepted as a refugee, and the poverty and insecurity they suffer in the meantime.
A better solution to solve the issue of people taking small craft across the channel would be to spend some of the money currently used to patrol the borders on processing people’s claims in the countries they are in and providing those who are eligible with safe passage.

2. We are concerned about the proposed powers to expel people seeking asylum ‘off-shore’ to a country where they have no connection and before their claim for asylum has been given a fair hearing in the UK. This would be similar to the controversial, expensive and failed approach used by Australia. While the agreements or infrastructure are not in place to put this into practice now, the powers in the Bill would enable such moves in the future.

3. We are worried about more people seeking asylum being placed in in out-of-town institutions, rather than housing them in the community where they can get practical help, start to rebuild their lives and integrate into the UK. This is despite the recent experience of putting people in such segregated institutions by using disused army barracks, which was condemned by the High Court for their appalling conditions and preventable Covid outbreaks.

4. Finally we are concerned that the Bill fails to set any clear target for resettling refugees in the Uk through resettlement programmes. This is despite the declared support for ‘legal’ routes which are used to justify proposals to block refugees coming to the UK via ‘informal’ routes.
We support a clear target to resettle at least 10,000 refugees a year through internationally agreed programmes and provide more safe routes for people to come to the UK to seek asylum, including through enabling refugees to be reunited with their families in safety in the UK .
We also support an approach that
*Stands up for people’s ability to seek safety in the UK no matter how they came here;
* Ensures people can live in dignity while they wait to hear a decision on whether they will be granted protection as a refugee;
* Empowers refugees to rebuild their lives, and contribute to their communities;
* Means the UK works with other countries to do our bit to help people who
are forced to flee their homes.

In the light of recent events in Afghanistan, we are delighted that Powys has committed to welcoming 3 Afghan families and we hope that they will be able to take more in the future building upon the success of resettling more than 20 Syrian Families. We also hope that the Nationality and Borders bill will be set aside to help deal with the crisis in Afghanistan.

It would be good to see you sometime to discuss these matters.
All Good Wishes